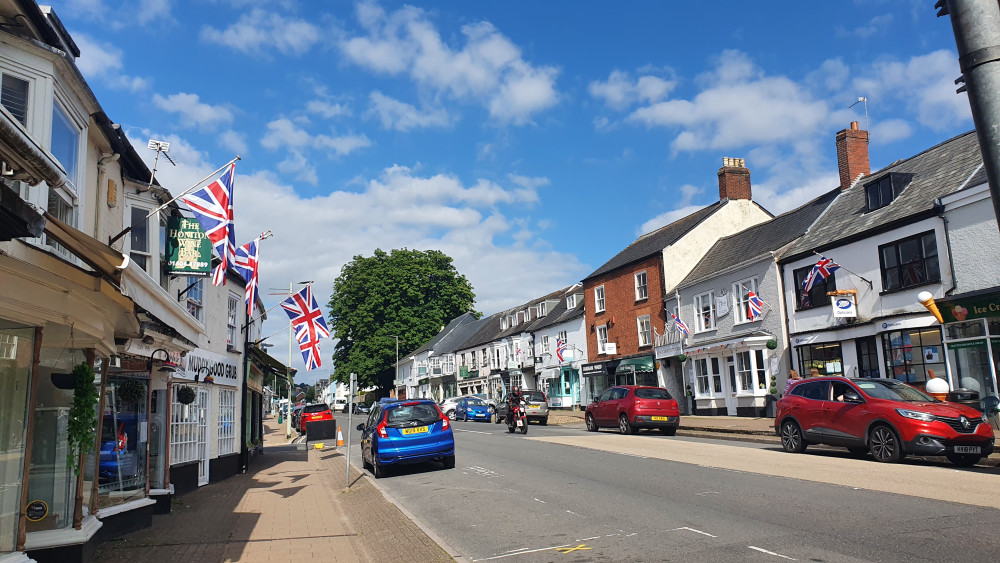 Honiton Nub News has created a 'People's Panel' consisting of five local residents who will be commenting on the by-election campaign over the next nine days.

They will be looking at how the campaign is progressing and all the key stories and events, with a focus on local issues which affect Honiton and the surrounding constituency.

Ann (82) is retired but she previously worked as a celebrant for non-religious ceremonies. She lives on Bramble Lane and is an active member for the Honiton Community. Ann is a member of Honiton carers after caring for her partner for a number of years.

1.    How do you feel the campaign is going so far? To be honest, it is bit of a shambles. We have all the adverts of the Lib Dems but all they seem to be doing is knocking the Tories, and doing nothing of their own. Where are their policies?

2.    What do you think are the big issues affecting Honiton? One of the biggest issues is over-population, and I am also concerned about global warming. There are lots of local support groups here for elderly people, which is nice. But why isn't anyone talking about the big issues? Housing is another issue in this area. We see vacant homes and shops everywhere, but no government is helping. They could be turned into bedsits to help people. There are so many people coming into the area, and as much as we sympathise with other countries, we are a small country with limited space and infrastructure.

3.    What values are you looking for in the new MP for Honiton & Tiverton? Integrity, honesty and the ability to listen to the electorate. Everyone has been going on about 'partygate', but we are on the brink of nuclear war with Russia and nobody seems to care, so someone interested in the bigger picture. We have to let Boris Johnson get on with his job now. 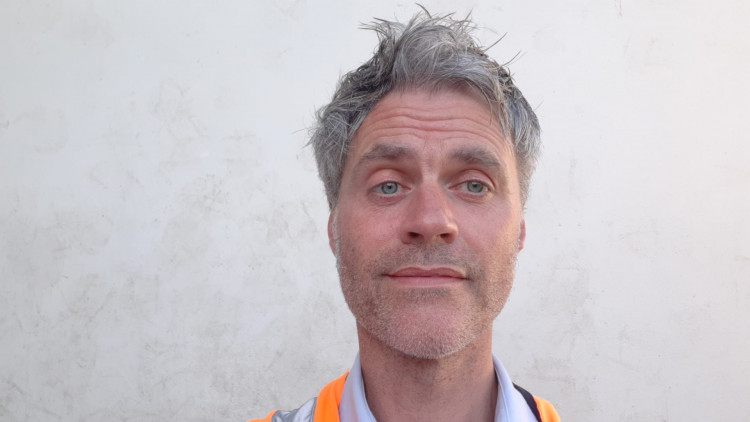 Dan (49) is a postman in Honiton and he's been very busy delivering the election pamphlets through everyone's doors. He lives on Church Road with his two young children and his wife, Karen. He has lived in Honiton for 15 years.

1.    How do you feel the campaign is going so far? I've never seen an election like this one – everyone seems to want a piece of East Devon right now! The majority of the leaflets I've delivered and the campaigners I have seen are the Lib Dems – they are absolutely hammering it. The Tories are just behind them, but they're often quiet and then storm to victory.

2.    What do you think are the big issues affecting Honiton? We were burgled before Christmas, and I've been reading about the low conviction rates. My wife went to the station in town to find it was closed to the public. We had to ring a number and it took a week for them to come out. So, I'd like to see more police officers around and perhaps the station reopened on a trial run. There are so many crimes and issues that go unreported because of the challenges of contacting a local police officer.

3.    What values are you looking for in the new MP for Honiton & Tiverton? An honest approach in all things. To show us they really care about issues, such as house prices. I'd like a politician to offer us something and then to deliver on it, which I don't think the Tories did. 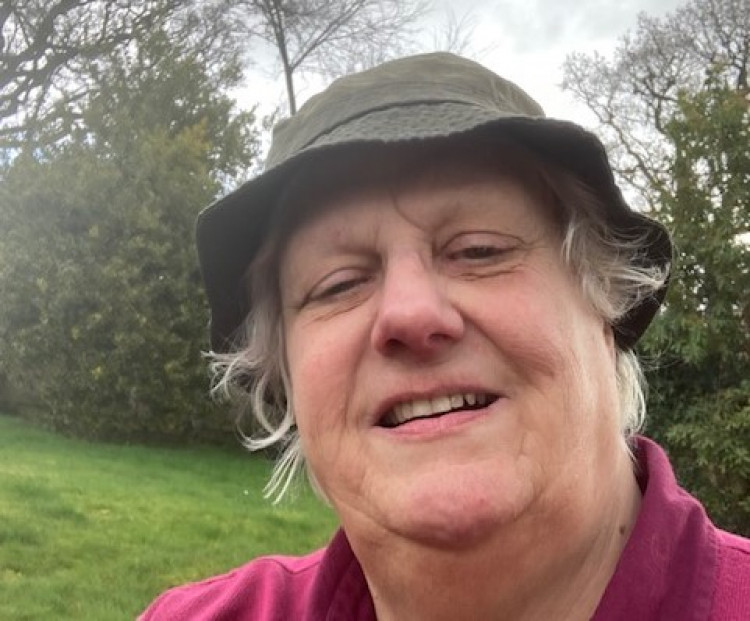 Miriam (65) has lived in Honiton for four years, and before that she lived in Tiverton. Miriam has set up the Honiton Repair Café, which starts on Saturday.

1.    How do you feel the campaign is going so far? I've got an awful lot of leaflets from all the parties. A Lib Dem campaigner came to my door and we chatted, but all his responses were glib and non-specific for Honiton. It was just the same old stuff. I feel like nobody says original to me.

2.    What do you think are the big issues affecting Honiton? The town should become greener and take climate change more seriously. Also, the issues with the previous Town Council have left Honiton at a serious disadvantage. The previous council need to pay their own debts, rather than pass them onto taxpayers.

3.    What values are you looking for in the new MP for Honiton & Tiverton? Honesty would be nice! As well as loyalty to Honiton and a good work ethic. There are 33 surrounding villages and lots of different needs to look after. There is a large elderly population but also young people trying to make a life and start businesses. You've got to be on the ball. 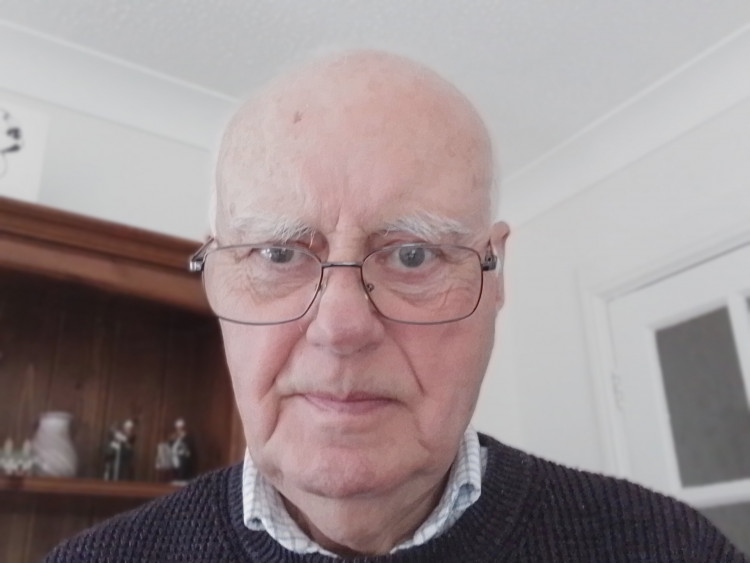 Jim (75) is a retired Royal Marines band conductor who lived in Honiton for 37 years with his wife. He is a volunteer driver for TRIP.

1.    How do you feel the campaign is going so far? I've received many leaflets from the Liberal Democrats, who I wouldn't ever vote for. My duty is to find someone to vote for who supports my values, and I haven't found a candidate that does that yet. I think Neil Parish made a silly mistake and after his courageous apology I hoped he'd stand, but it wasn't to be. Helen Hurford might get my support, but it is unlikely. The Tories were elected to reduce immigration, which they have utterly failed to do. But Boris Johnson has been dealt a bad hand. No other PM has had to deal with the volume of issues that he has had to.

2.    What do you think are the big issues affecting Honiton? I am a keen Brexiteer and I want that to be carried through properly. The economy is also important. But I am happy in Honiton and I don't feel there are many issues in the town. Our doctor's surgery is good, we have police officers on the street and lots of independent shops. Petrol prices is an issue, but that is a global problem and something the UK government could not do much about.

3.    What values are you looking for in the new MP for Honiton & Tiverton? I want my MP to agree with my values. For example, I do not agree with church schools, but Neil Parish did. I think a voter should vote for his own ideals for this country, and quite frankly I have not found my views reflected in any candidate.

Harry (25) grew up in Honiton. He lives with his girlfriend in town and takes a keen interest in politics.

1.    How do you feel the campaign is going so far? 'Partygate' has been hanging over the by-election. People are annoyed at the former MP's blasé attitude towards decency and parliamentary etiquette and I sense that the Conservative candidate's votes will be hit by that. It seems to be a two-horse race between the Liberal Democrats and Conservatives.

I received a yellow leaflet in the post from the Conservative party which I believe contains lies and mischaracterisations about the Lib Dems. Part of it effectively states that the Liberal Democrats want to go soft on child sex offenders and murderers. I suspect many will share my disgust at such cheap tactics and I don't buy that the Conservative candidate doesn't have oversight of the material sent out by her own campaign. If you don't have oversight of something as simple as that, it's hard to see how you'd have oversight of the complex nature of the difficulties our local area faces.

2.    What do you think are the big issues affecting Honiton? By far and away the biggest issue has to be the cost of living. I think the government has done a reasonable job offering people financial support through the pandemic and the beginning of the crisis, but I'm not convinced that the level of support on offer over the coming months will be enough.

I'm not a farmer personally, although I am aware of emerging news about watering down UK food standards. The farmers I do know are very proud about the quality of their food and of British welfare standards, and any reduction of those is likely to be met with dissatisfaction as it creates a 'race to the bottom' where only farmers who meet the minimum standards of the day can financially thrive. I'm glad to see a focus on domestic food production in light of the war in Ukraine, an area neglected by both main political parties over the decades.

3.    What values are you looking for in the new MP for Honiton & Tiverton? I think the new MP needs to be from the area, so I'm glad to see both the Conservative and Liberal Democrat candidates haven't been parachuted in from another part of the country. It's essential to live here to truly know the needs of the people they want to represent. I think also they need to have respect for the prestige of parliament and their role, something the previous MP did not. I also think a moral backbone is imperative. Above all else they need to be a pragmatist who is willing to consider creative ways of addressing issues as they arise, and not be unnecessarily wedded to an ideology.

There are 8 candidates standing in the election:

Honiton: How Nub News readers are reacting to by-election candidates on social media

Honiton: All still to play for in the upcoming By-election