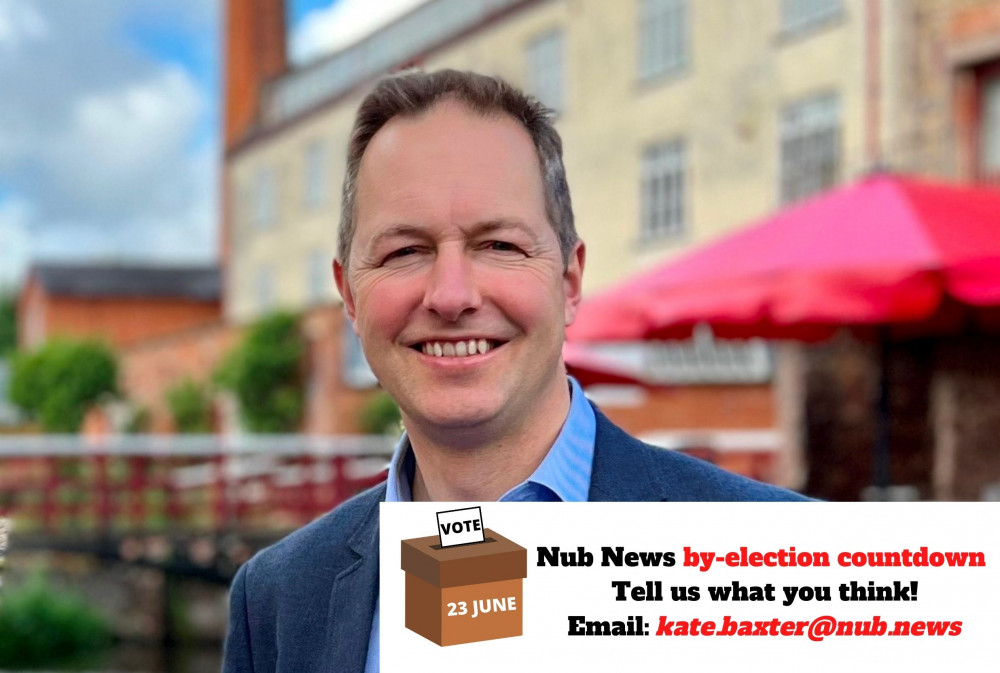 Liberal Democrat candidate Richard Foord has set out his stall ahead of next week's Tiverton and Honiton by-election, claiming it's "time for change."

The 44-year-old is bidding to end Conservative domination of the seat since it was created in 1997 but faces having to overturn a majority of more than 24,000 secured by disgraced former MP Neil Parish in 2019.

Both parties are campaigning hard in Devon, where defeat for the government on 23 June would be seen as a big blow to Boris Johnson's leadership. No other party has represented this area at Westminster – both before and after boundary changes – since 1924.

Mr Foord, a former army major who now works for Oxford University from his home in Mid Devon, says such a single party domination can "breed apathy."

"Honestly the feedback I'm getting is [that this is] a by-election and is about choosing our MP rather than necessarily choosing the government, we can do differently this time," he said.

"That's the message that I'm getting back, and I would just reinforce the point that, yes, we've been neglected and taken for granted for so long that it is indeed time for change."

The Lib Dems point to high ambulance waiting times, problems with funding a new town centre relief road in Cullompton and the lack of a new high school in Tiverton as just a few examples.

The Conservatives reject claims about underfunding, which have also been made by Labour candidate Liz Pole. It says their government is "delivering for people in Tiverton and Honiton and across the whole south west."

In addition to cash towards transport improvements, the party claims £77 million has been spent supporting people in Devon during covid, protecting 17,000 jobs in Tiverton and Honiton through the furlough scheme and by providing loans to local businesses.

Tory candidate Helen Hurford, who has also backed the new relief road and upgraded high school, last week said she was only one who could work directly with the government and was "focused solely on delivering" for the area.

But Mr Foord, speaking in Honiton, suggests it's time for a shake-up: "I don't think that we have seen very much interest paid by the government in our area while we've consistently returned Conservative politicians to parliament.

"And this this kind of complacency is apparent when you knock on doors around here. People say to you, 'well, it's fantastic that you've called because we haven't had a Conservative politician knock on our door for decades.'"

He is aiming to become the first Lib Dem MP in Devon since Sarah Wollaston, who defected from the Tories in 2019 to the short-lived Change UK and subsequently the Lib Dems.

Mr Foord's campaign is focussing on action to tackle the cost of living, including a VAT cut from 20 to 17.5 per cent, cutting waiting times for GPs and ambulances and getting a 'fairer deal' for Devon farmers.

Eight candidates – including from each of the main parties – are vying for the Tiverton and Honiton seat:

Honiton by-election: ‘For the first time ever, I am undecided'