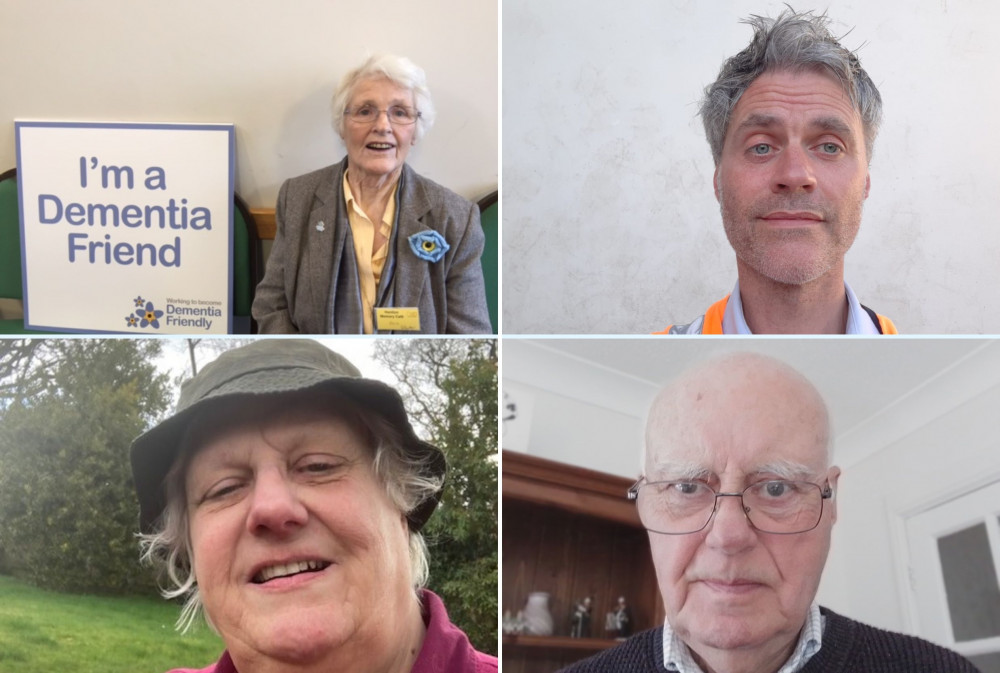 The People's Panel have been commenting on the by-election over the past two weeks.

In the run up to the by-election, Honiton Nub News created a 'People's Panel' of 5 local residents who would share their views and discuss breaking stories.

Below are their response's to today's by-election results.

I was pleased with the result but not surprised. A momentous occasion for the Lib Dems.

There's been a tsunami of support behind Richard Foorde and the moment Neil Parish resigned the campaign to get him elected has been unrelenting. It felt like it was going to happen.

This is clearly a blow to Boris Johnson and a clear show of no confidence in him and his party.

With regards to local matters, like many people I'm concerned with ambulance response times, so to see more money being spent on training up paramedics and getting more ambulances on the road is vitally important for the South West.

Ann Mitchel (82) is a retired celebrant who lives in Honiton.

I am not happy or surprised with the result, no. I'm disappointed.

This is obviously a vote against Boris Johnson, not necessarily the Conservative party policies.

I have felt for some time that the longer Boris [Johnson] remained in office, the damage to the Conservative party would be ongoing, and this sadly has now been proved. It is time for him to go, but we are left with the greater problem of who will take over.

After listening to the Lib Dems, I felt they had no policies and their candidate came across as weak and rather insipid, as did the Conservative candidate. I don't expect to see any changes here, just a lot of talk but no action.

What I think they should concentrate on are the worries of the electorate - specifically over overpopulation here in the west. Although there are of course many other issues, unless they deal with overpopulation these problems, such as ambulance waiting times and farmer's concerns, cannot be solved.

There is just one positive thought: this is mid-term and there are always upsets mid-term. The government has two years to get its act together. Hopefully, they will do.

I'm absolutely delighted with the result. I think Richard Foord was fundamentally the better candidate but looking at the Conservative Party as a whole I am surprised that the Tories even got the share of the vote they did given Johnson's behaviour.

I thought Hurford's reaction to not winning was interesting. I understand she stayed in a backroom whilst the count was taking place and promptly left after the result was announced without speaking to anyone. I've gradually got the impression through her hiding away during the campaign that she is a little awkward.

The Conservatives really needed an extroverted campaigner for this by election and I don't believe they got one. The way she left also risks looking a little stroppy and bad spirited, she may have been upset but the optics aren't great.

The moment Tory MPs gave Johnson a vote of confidence they lost credibility with a lot of people. Hurford has certainly been a victim of Johnson's behaviour, but then if you stand for a party you do tacitly endorse the leader. Evidently, a lot of people in Tiverton and Honiton do not endorse him.

The swing to the Liberal Democrats is astounding. Whilst the swings in by-elections are rarely mirrored in general elections, it shows the level of antipathy towards the Tories. Even more interesting for me was the evident tactical voting.

A lot of people are frustrated at the sorry state of waiting times in the health service, poorly resourced social services and the ineffectiveness of the police. All these services are invaluable to society and when they start to go wrong things really begin to feel in disarray. I think all the main parties need to have a plan on public services as things cannot continue as they are.

Jim Rider is a retired musician who lives in Honiton.

Although I am personally not happy with the result, I am happy that we can trust our electoral system to produce an accurate and fair election. Let's not forget that we are one of very few countries on earth which can be proud of that. I am proud to be an Englishman.

I was not surprised at the result. However, I am disappointed at the 52% turnout. Everyone should vote, no excuse. They think they are making a statement by not voting for the main parties but there were 5 other options covering all shades of opinions.

This result is an anti-Boris [Johnson] statement. Boris is, at heart, a liberal. He is not a leader, just a 'cheer leader'. He is not strongly motivated by morality, and he sneaks around, keeping his head down on difficult issues.

This is not what we want from a Prime Minister (see Stanley Baldwin in 1924 for how to do it properly). However, to be fair to him he has had a rough time with lots of issues and has done well with several of them.

This has been a well fought and expensive campaign by the Liberal Democrats. If this had been a General Election a tory government would have been returned with a reduced majority, and hopefully, no Boris soon after.

Most of our electorate are economically farming based so the Lib Dems should side with pro-farming policies, even though the liberal heart will see us as 'citizens of the world', not British, and certainly not English.

Miriam Thomas lives in Honiton. She started the Repair Café, which had its first session last week.

Am I happy, considering the damage Richard [Foord] has already caused the environment? I must have had 10 different junk mail shots from the Liberal Democrats……No, I am not happy.

In his speech he was berating Boris [Johnson] Is he going to continue to be so disrespectful and condescending to his constituents? He is obviously not a Devonian. We are strong, independent proud people with a history of adventure and free thinking. We do not need his mealy-mouthed platitudes round here.

I am not at all surprised at the result - the other candidates probably split the Conservative vote, they did put up an extremely weak candidate with very little to say.

The result is obviously a reflection on National politics, and primarily 'THE BLOB' [Boris Johnson] who is making a mockery of our proud non-written constitution, and culture of fair play.

2030 is coming at us at a hell of a rate and still there has been no real action on climate change or the ecological crisis. If this is not sorted quickly places like Spain will be unable to work due to excessive temperatures. What message is this sending to children? 'Last person switch out the lights cos we couldn't be bothered to.'

Read more from the People's Panel: